ICC Cricket World Cup 2019 ODI match Schedule, fixtures and time table was published on 26 April 2018. It is the 12th edition of men’s ODI Cricket world cup 2019 tournaments which going to be staged in England and Wales after a wonderful opening ceremony from 30 May to 14 July, 2019. 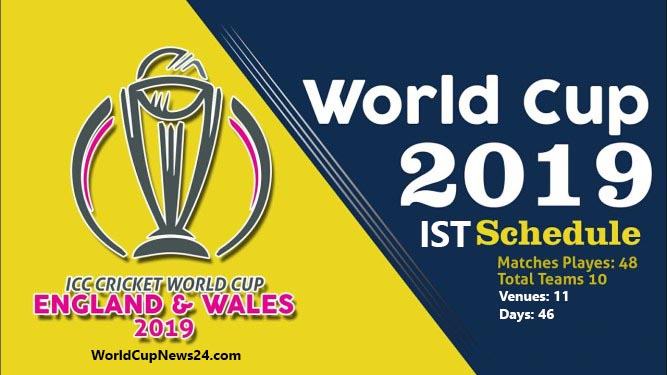 2019 Cricket World Cup will be started by opening match between host countries England VS South Africa in The Oval, London on 30 May, 2019. Total 10 teams will be played 45 ODI matches each other in a group round and top 4 teams will be played for 2 semi-final and final match. Afghanistan and West Indies was qualified by Qualifier round. Australia, Bangladesh, India, New Zealand, Pakistan, South Africa and Sri Lanka selected for ICC ODI Championship and England selected for as a host country.

In this article; ICC World Cup 2019 Schedule, Fixtures, Time Table & Venue Details, images collected from google search and 2019 ICC World Cup Wikipedia page for our cricket fans. Let us know if you have any quarry about this article. (Last update 9-8-2018) 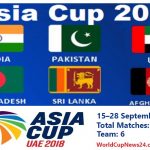 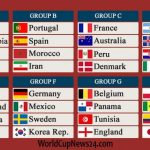 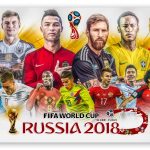 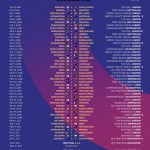 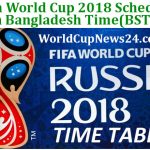 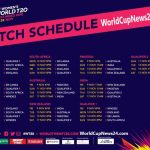 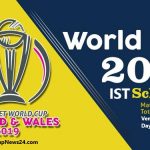 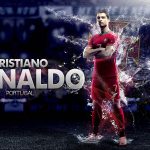 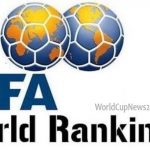 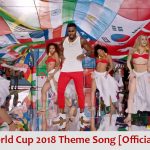